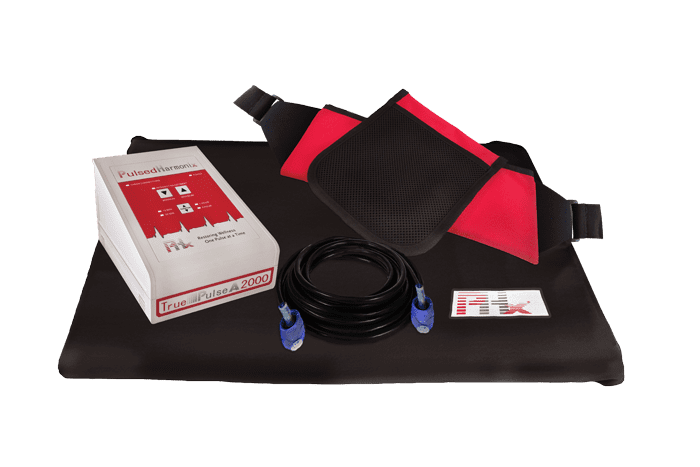 “PEMF is a benefit for Mankind from infant to the geriatric. PEMF will lead to a change in the paradigm of medicine.”

Pulsed Electromagnetic Field Therapy (PEMFT) is recognized around the world for its remarkable healing abilities in both humans and animals. PEMFT uses a gentle electrical current to direct a series of magnetic pulses through damaged tissue, inducing tiny electrical signals that stimulate cellular repair.

The A2000 pulsed electromagnetic field (PEMF) device produces a magnetic field in its applicator coils that varies over time, pulsing like a heartbeat to provide a therapeutic effect.

The A2000s applicator coil produces the magnetic current behind each pulse, a microprocessor times the current, and the user adjusts the intensity via the control panel.

The peak current in each pulse causes the coil wires to slap together creating a light ticking sound. These pulses are brief, lasting 1 to 2 thousandth of a second, regardless of intensity.

By design, only the applicator’s coil has a strong directed magnetic field; the twisted leads do not have a significant field since they are close together and the flow of current is opposite in each lead, canceling the magnetic field. The coil’s field strength is proportional to the number of wire turns forming the coil, e.g., double the turns and you double the field, all-else being equal.

When using PEMF therapy for the first time, it is important to begin at a low level, as every person responds differently. Initial users are encouraged to use the default Level 3 Intensity for 15 minutes in the morning and 15 minutes in the evening for three days before increasing the strength and duration of sessions. Duration and intensity determine how much magnetic energy users absorb, e.g., double the length time or the intensity and you double the energy absorption. In fact, there is a 50 to 1 difference in the peak pulse energy between the Level 1 and the Level 15 intensity, e.g., the Intensity is approximately double for each two steps up in intensity.

Most users easily tolerate up to an hour of treatment. High intensities have a pronounced impact on inflammation, and the histamine response to injury. Higher intensities also allow for shorter sessions.  For a given outcome, higher intensity often enables a shortening of the session time.

When two people are using the same device, higher intensities, e.g. three steps higher, will evenly distribute the shared energy.  This is accomplished by utilizing the dual applicator.

Office Hours
Get in touch